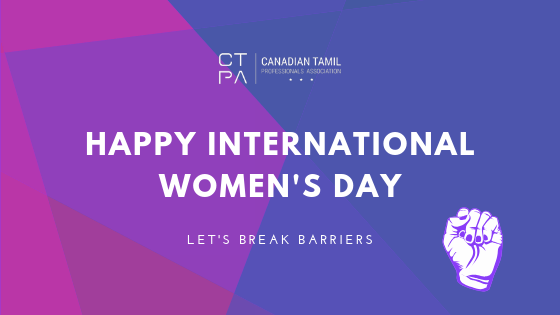 “Own your passion. Know your value. And start!”

It wasn’t until I founded my own consulting company a few years ago and began to face obstacles as a female business owner that I realized how vital International Women’s Day truly is.  It is a day to highlight and celebrate the achievements of women globally, and draw attention to the ongoing efforts needed to forge a more gender-balanced world.

I truly wish when I was beginning my business, Viewfinder Film Consulting (VFC), I had sought the advice of other entrepreneurs, especially females.  This would have helped me to brace myself for some of the challenges I was about to face as I turned my passion for crafting and promoting South Asian films into a full-fledged professional career. So, if you are a young, female professional contemplating starting your own business one day, in honor of International Women’s Day, I’d like to help share some advice that I made the mistake of not seeking out years ago. To help me do so, I’ve recruited three formidable Canadian Tamil female entrepreneurs to share some of their knowledge and experience, namely Sabrina Bala, Anita Vijayanathan, and Vipoositha Gnanendra.

On owning your passion, focusing and recognizing when it is too strong not to pursue:

I grew up obsessed with the art of storytelling through international cinema. While pursuing my graduate education, I realized that my passion for the arts and entertainment industry was too strong to relegate to merely a hobby, which led to me starting VFC.

For Sabrina Bala, a lifelong passion for food led to her founding Batter Bar – a company that creates uniquely flavoured cookies and cupcakes.  Launched in July 2018, Batter Bar is currently popping up all over the GTA at markets and festivals.  Sabrina’s singular passion is delivering modern spins on classic treats – or as she calls it #thenewnostalgia:

“My passion for food was developed at a young age when my favourite toys were my Fisher Price Kitchen and Easy Bake Oven.  But seeing it as a business took awhile, because I was always just focused on food as a “side” interest, so I would bake or try out recipes just as a hobby and share the food with family and friends.  But if I really thought about what I wanted to ultimately do in my life, I would always picture myself making food for people at a homey mom-and-pop style shop. When I was getting pretty settled in my first corporate job, but still feeling unfulfilled, I bought a Groupon to a basic cupcake decorating class at a local shop.  That class gave me the confidence to pick up a piping bag and give decorating a try, so that was the year that I really got serious about launching a food business.”

On addressing your fears and doubts about entering the world of entrepreneurship:

When starting VFC I feared how seriously I would be taken in the industry and if it would just be a wasted effort. I was well aware of the fact that many filmmakers may not value my advice based on my age and experience. Eventually, I realized that I had no way to find out if VFC would succeed unless I set aside these fears and just gave it a try!

Anita Vijayanathan faced doubts related to funding her business when she converted her non-profit arts organization, Abhinayam Dance Network (ADN), into a company a few years ago. With her lifelong training and passion for classical South Asian dance, she founded ADN to offer dance, music, theatre movement and other classes in Whitby.  She also envisions ADN serving as a network that strives to connect those practicing South Asian classical arts in North America, at any age. Leaving a position at the Ministry of the Environment to run her business full-time, Anita has grown the organization to where it is launching its first dance festival this year called Nadanam: a Dance festival for North American artists practicing South Asian classical styles but it wasn’t without facing many common fears of most new entrepreneurs.

“When you’re a business owner, there is none of the funding that is available to non-profits. I had to plan so far in advance, and prepare to rely on regular income through classes to be able to pay rent and offer services to the artists that come in through my door. I had to take the little bit of investment that I had put away to help me last a few years, and when I sat down to do that is when I thought ‘Oh God, what if I lose all this and have nothing? What is my backup plan?’ I never had to think of that before as a non-profit. And then I thought ‘Well if I don’t do this, I don’t think anyone else will and we need something now and not later. So let’s start and see where this goes.’ I created a 5-year plan and we’re in the second year now. So far so good, but it’s nerve-wracking, as any business owner knows.”

On dealing with being underestimated as a female business owner:

The Indian film industry is a heavily male-dominated one and I have met several filmmakers who were not willing to pay for the advice of a young female whose creative opinion they did not feel mattered. In time, I was able to change the mindsets of some of these people by consistently demonstrating my success with other films. Still, it is never easy to deal with being unfairly underestimated or undervalued.

Vipoositha Gnanenthra – the founder of several businesses, but known most popularly for Ovyian Photography, a fashion-inspired photography studio – knows what I’m talking about.  Ovyian is beloved throughout the GTA for its captivating portfolio of beautiful wedding, maternity, family and portrait shoots. Having expanded Ovyian to a brand under which she is now also launching her first book, borne of a passion for food photography and educating young minds on healthy eating – “Nom Nom ABCs” – Vipoo has a wealth of experience on speaking up for her worth as a female entrepreneur and creative professional.

“When a guy says ‘I am worth $1000 an hour’, people applaud him. But when a female says ‘I am worth $1000 an hour for my work’ the response she usually gets is ‘Who does she think she is? Why does she think she’s worth that much?’ I think the biggest mistake that females make, or at least I did in my career, was undervalue my worth. I know I left a lot of money on the table in negotiations, or I did free work for people I knew should be paying me. But because I didn’t stand up for myself, I lost out. So one of the biggest pieces of advice I can give other females is don’t let people take advantage of or undervalue you. Know your worth and don’t be afraid to ask for that. If someone doesn’t think you’re worth that amount, maybe you need to reassess why they think that – maybe you’re not doing the right kind of promotions or you’ve overpriced yourself in the market – whatever the case may be you need to understand your value and then communicate that.”

On saying “no” to opportunities while growing the business:

Often times women, both in 9-5 roles or as business owners, face difficulty saying “no” to opportunities, and end up potentially stretching themselves thin trying to satisfy everyone.  This can lead to taking on things that may not even be in line with our goals or vision. Anita faced a similar dilemma with ADN’s physical location:

“I kept getting a lot of requests to come to Scarborough. I live in Durham and I have a small child, and there are a lot of teachers in Scarborough already. I offered to call other teachers and help these students find more local options instead of me, but many of these teachers weren’t willing to take on older students or established students who wanted to return to training. I felt heartbroken, and considered moving to teach those students and also access more of the community, but ended up saying no to renting a place in Scarborough. I think that might have hurt the growth of ADN temporarily, but I recognized that I wanted ADN to offer services to people outside of the South Asian community as well. Staying in my location, away from the saturated area of teachers might better help me stand out and achieve that.”

On why the struggle is all worth it:

There is no doubt that running a business, either full-time or part-time, is an extremely demanding role, but at the end of the day, if you are passionate about what you do you will take satisfaction and fulfillment in the struggle in many different ways. For Vipoo, part of the rewards of running her own ventures lie in the impact she makes on people’s everyday lives:

“For me personally it’s the rewards of having a thought/vision and seeing that come to reality and having that impact real customers. With my wedding photography the biggest reward was when clients came back to me so appreciative that they have all these amazing memories captured from their wedding day. With my book right now – I have parents messaging me saying they’re going to buy a dragon fruit and experiment with it with their children! Seeing your idea have a positive impact on other people is what’s most rewarding to me [about running my own business].”

On getting out there and starting:

No matter how many articles you may read on the subject of starting your own business or how much advice you seek from fellow female business owners, the decision to take the leap into entrepreneurship will always be an intimidating one, but you’ll never know unless you try! Sabrina says it best:

“My advice to any woman interested in starting their own venture is to simply START.  The same way they say the best way to develop a habit like running is to first put on your running shoes and step out the door, the best way to start a business is to take one step and see what happens. You’re always going to find a million reasons not to do it, but if you start small, you see a result, and then it becomes easier to get to the next step and so on. So buy a domain, or design your logo, or tell family and friends your idea and get their feedback… getting the ball rolling and putting your idea out there is the best way to not only see if it’s viable and people are interested, but also, to see how you feel and react to doing the actual work that it’s going to take to build something. Start small, but start somewhere.”

Having heard from just a few of the fabulous Canadian Tamil female entrepreneurs in our midst, I hope that you’ll also keep in mind the importance of  supporting each other as a community. Let’s be intentional about creating a network of amazing women to grow with and lean on. Help female business owners stand in their power as they own their passions, know their value and jumpstart their businesses!

Happy International Women’s Day to all our fellow female hustlers out there!

If you’d like to learn more about any of the women who provided their insight in this piece & their businesses, please visit their websites at: