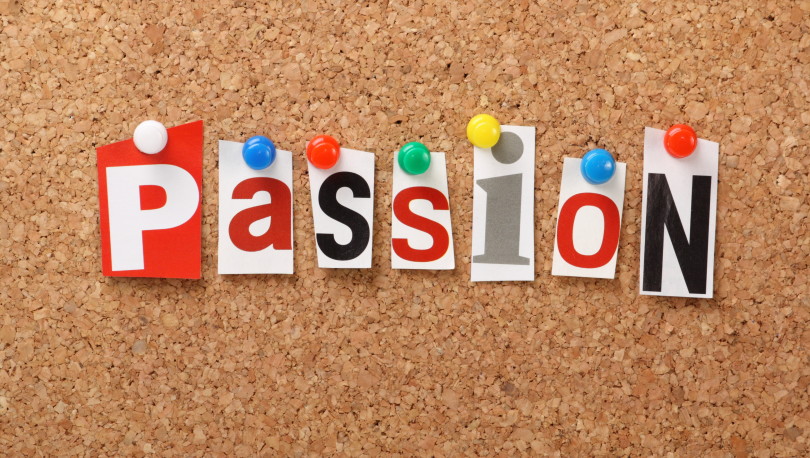 When I was six, my parents somehow mistook my whimsical desire to be a nurse that wore a fun hat and a cute dress into a hidden passion for medicine. I blame the fortune-tellers for further fuelling this madness. Every astrologer we met told them I would be a doctor. One even had the audacity to promise I would be a heart surgeon. So I reluctantly started visualizing myself as a future big shot doctor and my poor parents thought this was a done deal.

In high school, I came to the realization that English was my favourite subject. In Grade 12, I signed up for Journalism and my parents were shocked that I would “waste” a credit on such a subject when I could be taking something more useful. Mind you, my course load was already packed with every science and math class possible, which left very little room for subjects I was actually interested in. When it came time to apply for university, everyone encouraged me to major in some sort of science – heck, even kinesiology would do! But the thought of four more years of math and labs seemed simply too painful. So I did something crazy and majored in English. This was not a bold move made of confidence. I was petrified I would be jobless and working at Second Cup forever.

Why it’s tough to tune out the naysayers

After my convocation, I went on to do my Master’s degree in English. I wanted to be a magazine writer, but horror stories of jobless journalists were aplenty, especially from distant relatives. Family friends told me I had no ambition or that I was chasing a pipe dream. It was hard not to internalize these wise words. The future looked bleak.

I then decided to make a “smart choice” and do my MBA, mostly because I didn’t know what to do next. This ended up being a terrible idea – for me, anyway. I hated the classes and the program. Two years later, I had racked up more than $50,000 in student loans, and all I really learned was that I couldn’t be a corporate smooth talker, didn’t want to be a manager, and business was boring. And I felt no closer to finding my dream job.

Internships can be a good stepping stone

Soon after my MBA, I landed an internship at a well-known magazine in Toronto. This surprised me as a) I had zero connections and b) I was already brainwashed into thinking the field was overly competitive. Although the internship didn’t end up in a full-time job, I learned a lot about the magazine industry, beefed up my resume and made some valuable connections.

Networking, informational interviews and other things that are difficult to do

Networking and informational interviews are good ideas, like eating vegetables or exercising. As a shy person, I was

never good at networking. Going to busy events and striking up conversations with strangers was exhausting. Informational interviews on the other hand were much less frightening. (You agree to a pre-set time and place, and the interviewer has no one else to talk to but you. Much better!) One of my informational interviews – a casual meeting with a senior manager over coffee – paid off. It got me a better job.

Why applying online isn’t a waste of time

In my day, hunting for jobs online got a lot of flack. Finding a job online may take longer than networking or nepotism, but it worked for me. As I was anti-social and already had a full-time job that ate up most of my day, searching for jobs online became the easiest way to apply. I found two out of three jobs online. Now that social media is all the rage, I imagine online job hunting is even better.

Someone actually hired me!

It does help to know people. I got my first full-time job through a friend of a friend. I applied to be a technical writer at a human resources consulting firm. I had no idea what that entailed, but I was just glad to have a job and stop leaching off my parents. I soon realized that this wasn’t a role I enjoyed, but I stuck it out for a few years before moving on.

I’ve been working full-time for 10 years now and I’ve held these positions:

All roles have been different, but rely on the fundamentals of good communication. With an English degree, you can work in almost any industry because everyone needs to communicate. I firmly believe that any degree or diploma equips you with the skills to get a satisfying job – provided you do what you like.

Keep in mind that ambition doesn’t have to mean you strive for that six-figure salary or the CEO position. Finding a job that you actually enjoy is hard enough these days. If you study something you like, then at least you’re starting in the right place. The devil you know isn’t necessarily better than the devil you don’t. I often hear this as a rationale for staying in a bad job. If you hate going to work every day, then it’s time for a change.

This is just my story and my opinion. Some of this advice may well be outdated. I recently met a family friend who casually told me she was majoring in fine arts. Maybe attitudes are changing. And maybe we’ll soon have our own famous Tamil rapper!

Contributed by an Anonymous Writer

The author leads a secret life and is not at liberty to share her name. She works as a communications specialist for a not-for-profit organization where she is challenged every day to make her message stand out from the crowd. When she’s not communicating, she’s watching quality TV shows like The Bachelor and chasing rabbits away from her tulip garden.