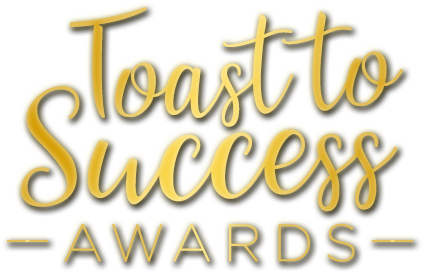 Nominations for the 2021 Awards are now closed. Please stay tuned for next year's nominations.

The Toast to Success Awards of Professional Excellence honour two remarkable professionals in the Tamil community who have demonstrated professional growth and strong commitment to community. The two streams of nominations for the awards include: Emerging Professional and Established Professional.

By nominating an individual, you are telling them and the world that they are an inspiring individual, making an impact in the lives of others. You are honoring their accomplishments, validating their hard work and dedication, elevating their personal and professional profile and giving them an opportunity to be recognized in the community and around the globe. Let’s help shine light on these individuals and inspire others to do more!

A professional in the early stages of their career, with exposure in their respective field, community and/or area of expertise.

A professional who is experienced, has made a strong record for career growth and has accomplished significant achievement in their field.

In addition to the physical award, award recipients will receive a monetary prize and public recognition on our social platforms to recognize their achievements

Nominations for the 2021 Awards are now closed. Please stay tuned for next year's nominations. 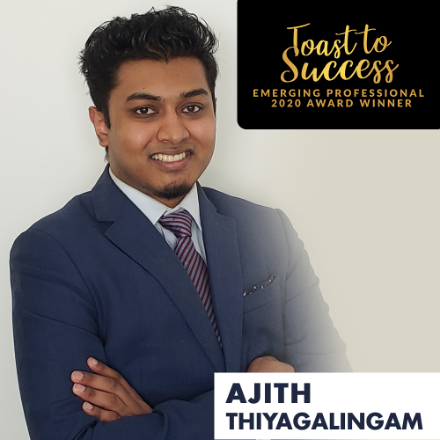 The 2020 recipient of our "Emerging Professional" award is Ajith Thiyagalingam. Ajith has championed the rights of the Tamil community through his legal and policy work, and various initiatives. Ajith is Legal Counsel at the Immigration and Refugee Board of Canada (IRB), where he assists refugee judges with their decision-making and lends a voice to legal and policy issues that are of national interest and international significance. Ajith brings the lived experience of the entire Tamil community, who came as refugees through this immigration process, to his profession.

Coming from a low-income, refugee background, Ajith was the first person in his family to attend university. Witnessing first-hand the intolerance, struggles, and injustice that his parents and community faced in a new land, he developed a passion for social justice, human rights, and advocacy in his youth. This passion led him to attend Osgoode Hall Law School, where he obtained his Juris Doctor. He completed his Bachelor of Arts, summa cum laude, from York University. Ajith’s pursuit towards understanding economic disparities and alleviating poverty led him to complete the Fintech Programme at University of Oxford’s Saïd Business School, and an Executive Programme in Business Strategy and Finance from INSEAD Business School. As an advocate for STEM education, he is currently completing the Computer Science for Lawyers Executive Program at Harvard Law School to empower others in his community. 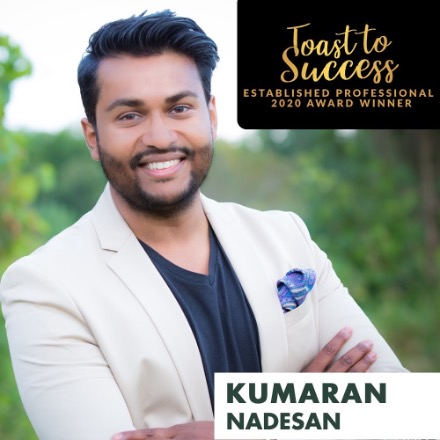 The 2020 recipient of our "Established Professional" award is Kumaran Nadesan. Kumaran Nadesan is a civil servant and entrepreneur with a lengthy track record of community service. Kumaran has served in the Ontario Public Service, supporting the Government of Ontario, for more than a decade where he has held progressively senior roles at the Ministries of Government and Consumer Services, the Solicitor General, and the Attorney General. His focus on innovation, program design, and values-based leadership has been recognized with several awards from the provincial and federal public service.

Going beyond his professional achievements and entrepreneurial success as the Chief Executive Officer of Konnect Communications, a bespoke strategy consultancy, Kumaran has also been an active community animator for many years. Since starting in his first volunteer role at the Canadian Tamil Youth Development Centre in 2000, Kumaran has gone on to play a key role in many community efforts. Kumaran’s most active role is as Founding Chair of comdu.it, a global network of diaspora volunteers that focuses on mobilizing diaspora knowledge capital, responsible investments, and community networks for the sustainable development of the traditional Tamil homelands in Sri Lanka. He has also commented widely about the Canadian Tamil diaspora and Sri Lanka, including in the Globe and Mail, Toronto Star, CBC, TVO The Agenda, TamilCulture, The Monsoon Journal, Groundviews, and the Sunday Observer to name a few.

Kumaran has a Bachelor of Arts (Hons.) in English and Psychology from the University of Toronto Scarborough and an Executive Certificate in Strategic Public Management from the Schulich School of Business at York University. Kumaran was born in Sri Lanka from where he left as a refugee at the age of five to India before eventually immigrating to Canada by way of the Sultanate of Oman. 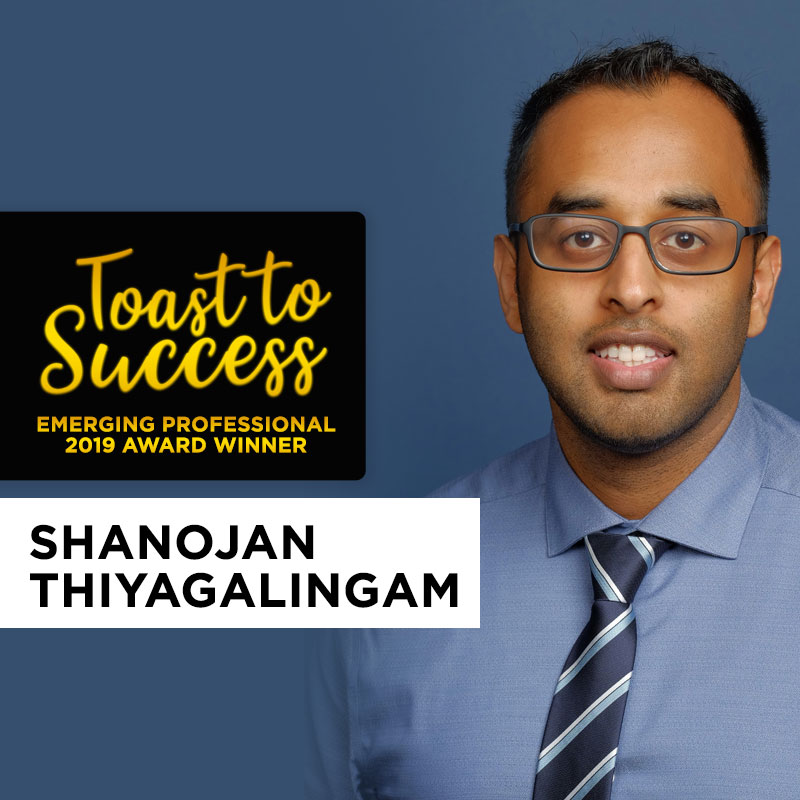 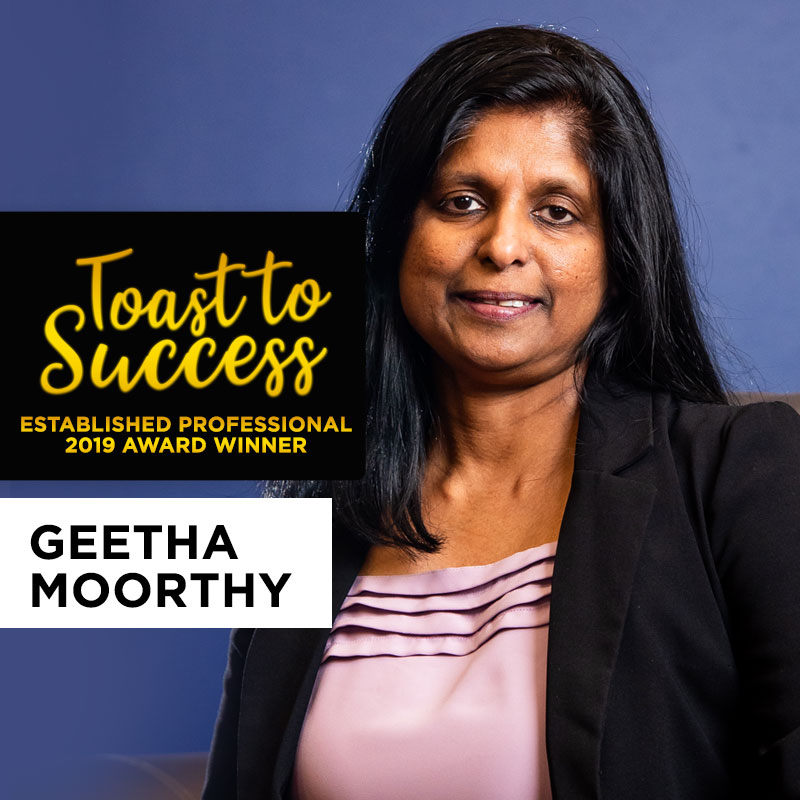 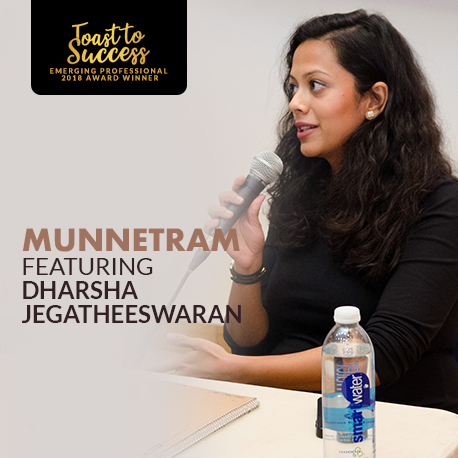 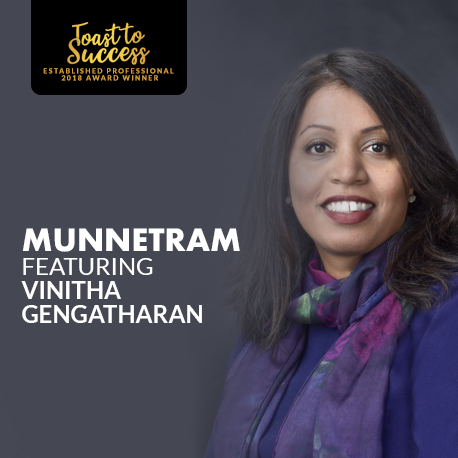